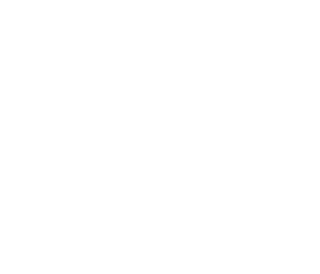 As one of the leading regional airlines, serving customers around the world, we are aware of such issues and is committed to helping resolve it. In 2016, Captain Puttipong Prasarttong-Osoth, President of Bangkok Airways PCL., has singed the United for Wildlife Transport Industry Declaration supported by the International Air Transport Association (IATA) at Dublin, Ireland. The Declaration aims to raise awareness to stop wildlife trade and educate passengers, stakeholders as well as staff about the consequences of illegal wildlife trade and spotting smugglers in the act focusing on the illegal wildlife such as African elephants, rhinos, some big cats and pangolins. "We are pleased to be part of this initiative that recognizes the need to protect endangered species from illegal trade and transportation. Numbers of carriers as in Aviation industry are aware of this serious issue and commit a wide range of measures designed to prevent the movement of illegal wildlife and wildlife products"

Bangkok Airways Public Company Limited is committed to the protection and conservation of the world's natural environment and biodiversity and believes that staff have a vital role to play in delivering on this commitment, including participation in relevant training, reporting of incidents and taking appropriate action against perpetrators of illegal wildlife trade.

Bangkok Airways Public Company Limited has a responsibility to ensure that appropriate support and training is given to staff regard.

A320 – Aircraft Wrapping The special pattern is the wild animals with faces and the direction of the eyes to the same destination. It demonstrates the power and cooperation that has been sent through the "United for Wildlife" project to bring the future of better protection of natural resources and the environment by using Bangkok Airways shade of blue tone. 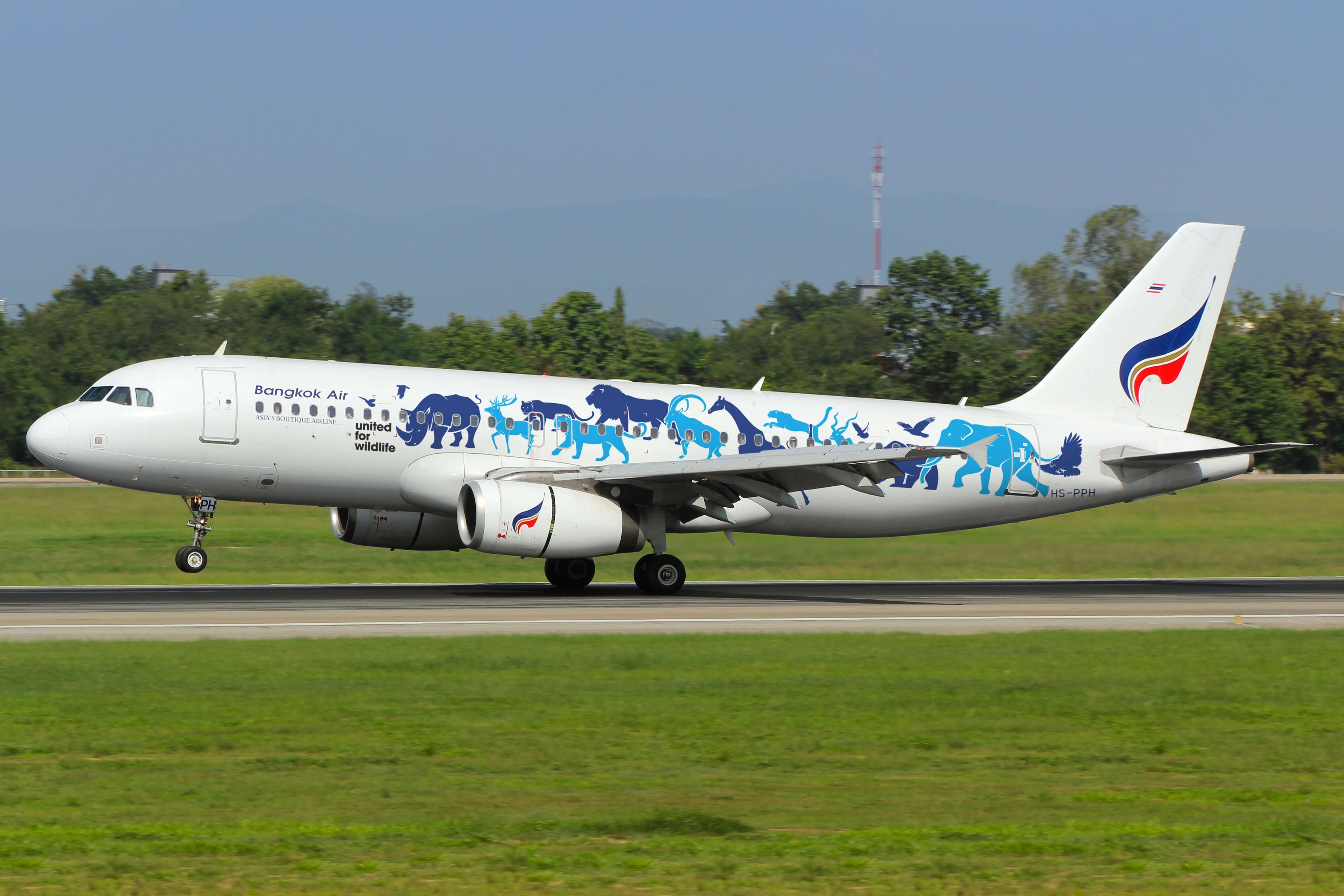 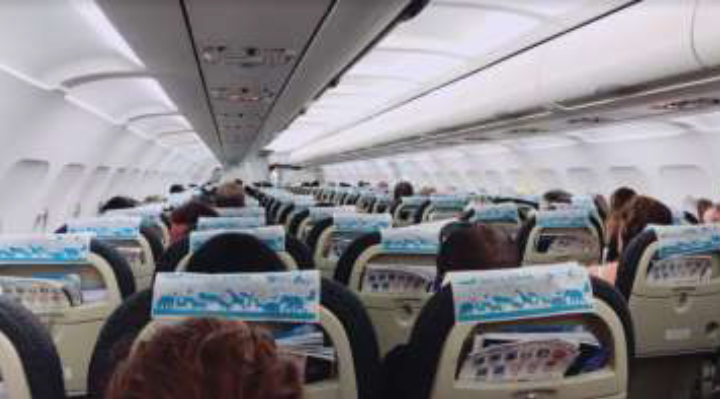 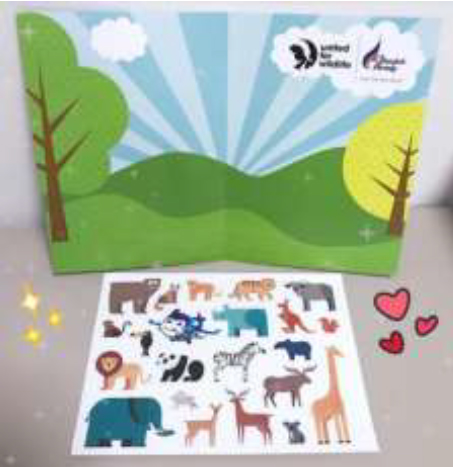 In 2016-2017, Bangkok Airways PCL., together with Socialgiver, build the ecosystem of "giving" in Thailand by supporting seats in three routes, namely Samui, Sukhothai and Trat (2016) and 8 routes including Samui, Sukhothai, Trat, Chiang Mai, Chiang Rai, Lampang, Krabi and Phuket (2017), each with 20 seats to Socialgiver. An incredible 70% of the revenue (from the sale of GiveCard seats on www.socialgiver.com) is donated to The Loris Project by Love Wildlife Foundation while 30% of the revenue helps sustain and grow the giving ecosystem.

** In 2017, Socialgiver funded 195,000 baht to support the Slow Loris Program. With this fund food expenses, medication expenses and vet care fees for 34 lorises were covered. 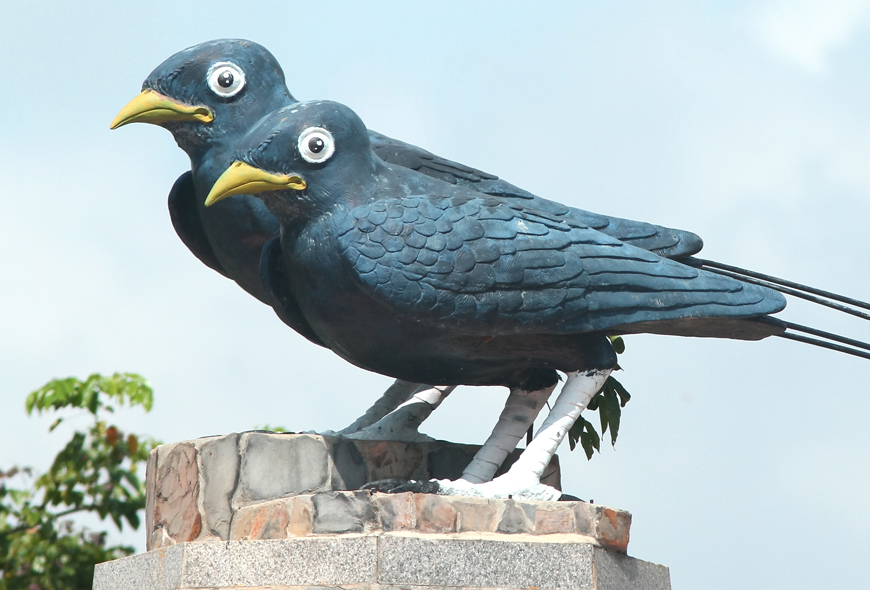 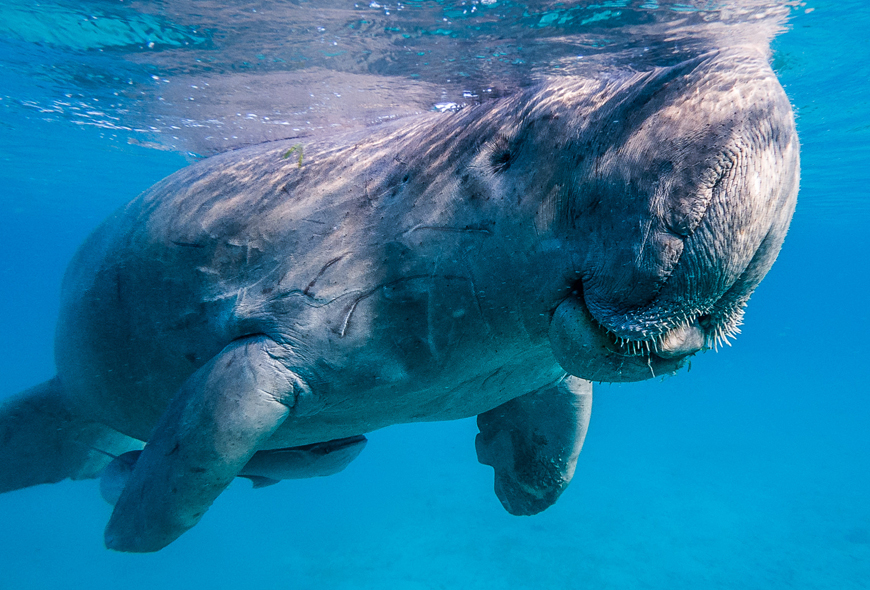 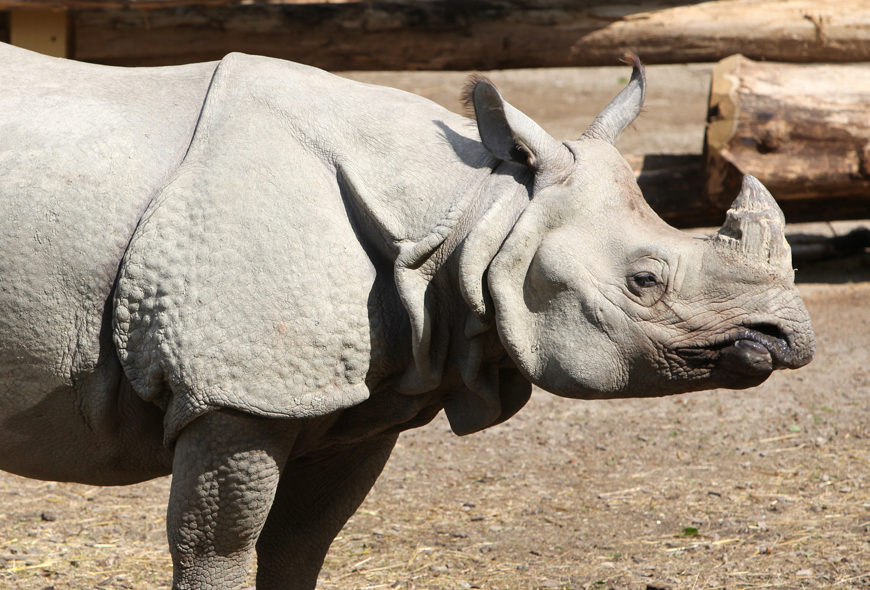 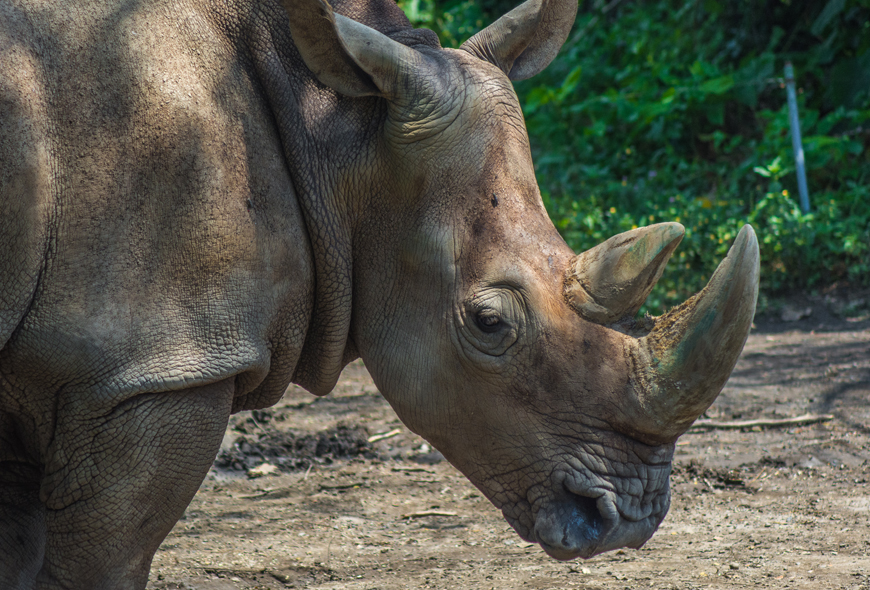 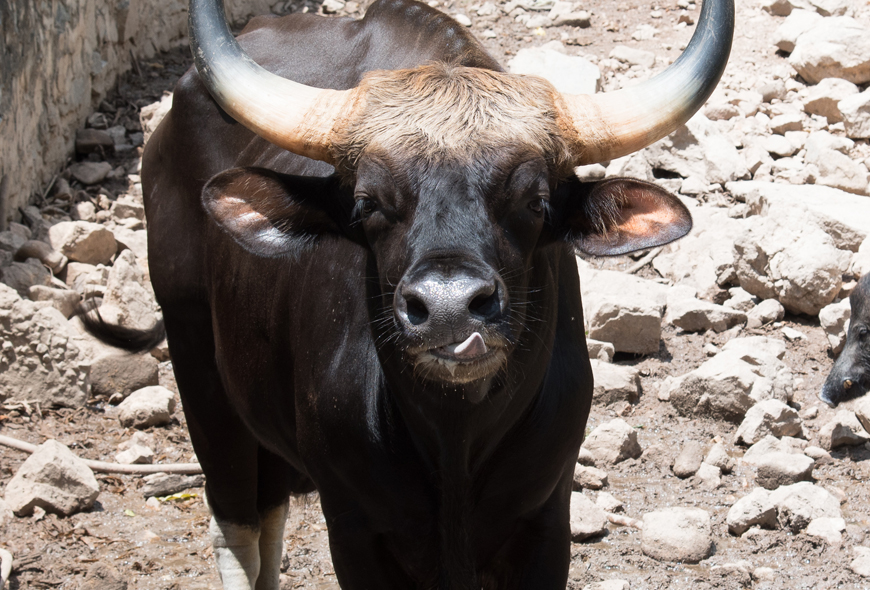 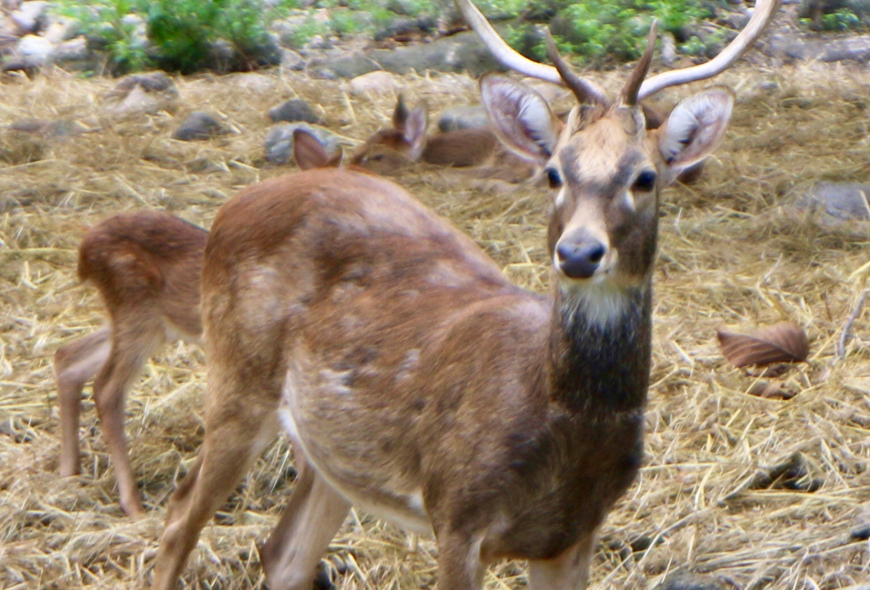 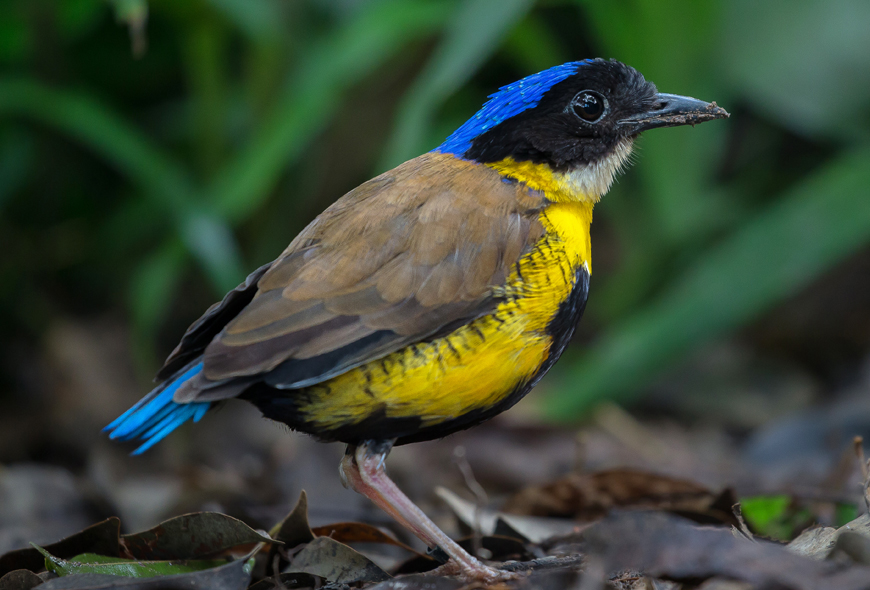 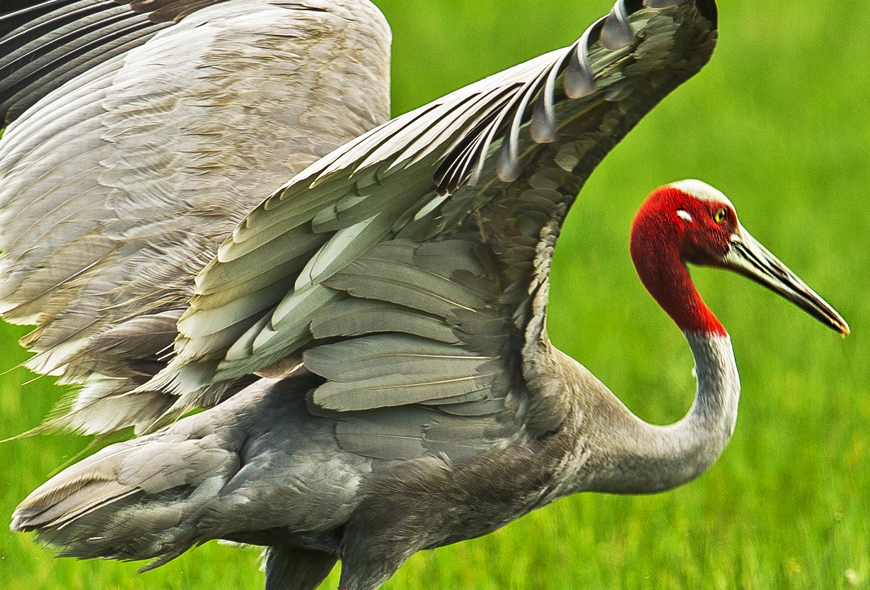 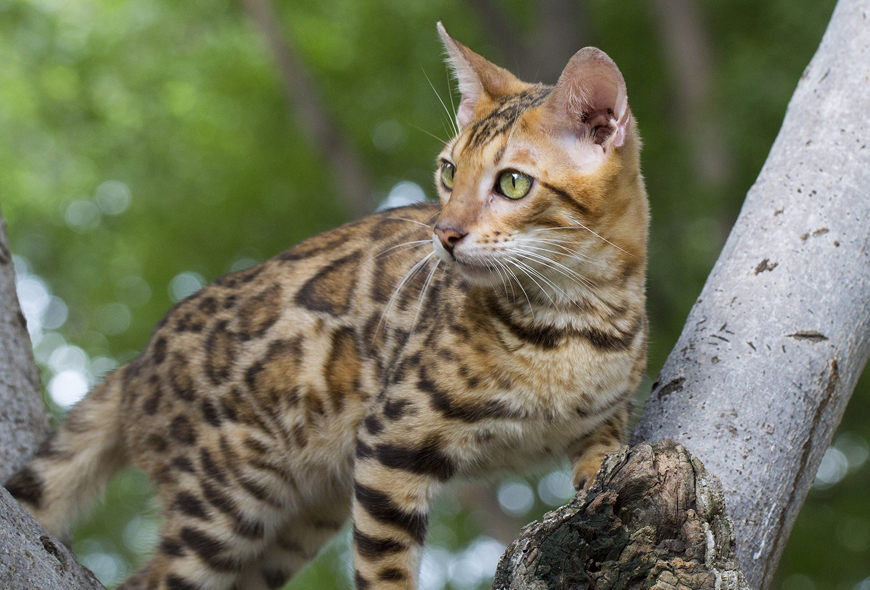 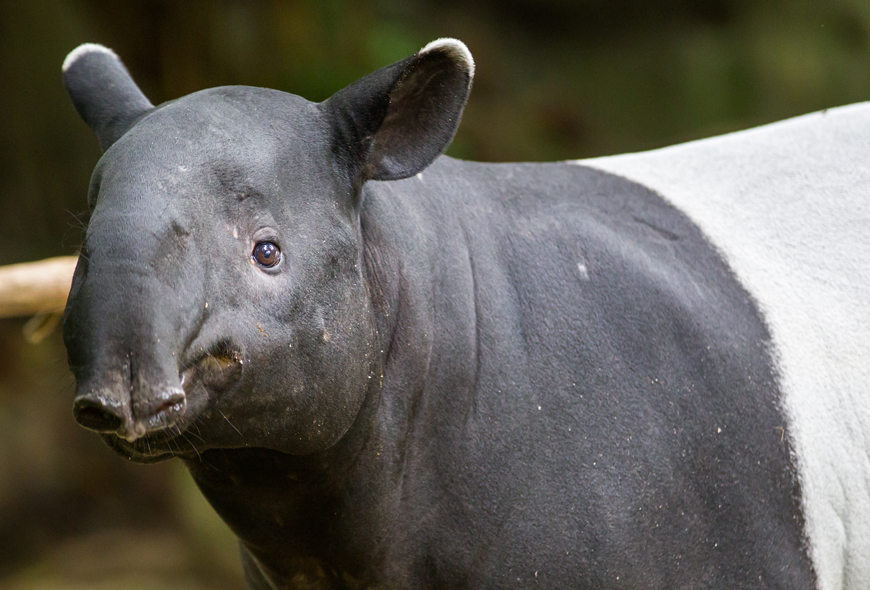 Tigers (Panthera tigris) are one of the largest predators in the world. Each tiger has their own large territory in which males have a larger home range size than females.
Read More >

The world's last male northern white rhino, Sudan, has died after "age-related complications," researchers announced Tuesday, saying he "stole the heart of many with his dignity and strength."

Status, Habitat, and its roles in the Ecosystem.

Tigers (Panthera tigris) are one of the largest predators in the world. Each tiger has their own large territory in which males have a larger home range size than females. According to tiger research (Panthera tigris corbetti) in Huai Kha Khaeng Wildlife Sanctuary, which has been studied by Khao Nang Rum Wildlife Research Station, found that male tigers have a home range size of approximately 267-300 km2 while females home range size is about 60-70 km2. Tigers usually hunt alone at night or at dawn, they are a solitary species except when females feed their cubs.

Female tigers reach maturity at 3 years old while males will reach maturity at 4 or 5 years old. Tigers are non-seasonal breeders. During mating, males and females stay together for 4-5 days and can copulate every 15-20 minutes. Female gestation period is about 100-103 days and can give birth to 2-4 cubs per litter. There is a 50 to 70% chance that tiger cubs can survive and reach adulthood. However, tiger cubs cannot survive without their mother until they reach 18-24 months old, after that they will separate from their mother and start finding their own territories.

Historically, hundreds of thousands of tigers (Panthera tigris) roamed across Asia. The largest tiger population is now in India, but there are wild populations in numerous Asian countries. Their historical range in Siberia, west Asia, Indian peninsula, Korean peninsula, South China, Southeast Asia, Java, Sumatra, and Bali is severely diminished. Today, tigers occupy only 7 percent of their historical range. There are eight subspecies of tiger, three of which are extinct.

The extincted subspecies are:

The smallest of all tiger subspecies, with an average weight of 80-100 kg, darkest skin and smallest stripes. These tigers were once inhabited in Bali Island, Indonesia. The latest record was found in 1940 and they went extinct in 1950.

With similar features but slightly bigger than the Bali Tiger, the Javan tiger has dark skin and small stripes with an average weight of 110-140 kg. This small-sized tiger previously lived in Java Island, Indonesia. The latest record was found in 1972 and they went extinct in 1976.

Caspian tigers are similar to Siberian tigers but they have darker skin and tend to be a medium-sized tiger. Its average weight is around 140-240 kg. Its historical habitats are in Turkmenistan, Uzbekistan, Afghanistan, Iran, Turkey, and Mongolia. The latest record was found in 1948 and they went extinct in 1952.

The surviving subspecies are:

These are slightly smaller and darker than the Bengal tiger, with shorter, narrower stripes. It is the medium-sized weighing approximately 130-200 kg. Its ranges are in small protected areas in Thailand, Myanmar, Laos, Cambodia, Vietnam, and Southern China.

Bengal tigers are second only to the Siberian tiger in size. In fact, some Bengal tigers from the Indian state of Assam are as large as Siberian tigers. There is wide variation in their striping patterns. A specific feature of Bengal tigers is their black ear. The large tiger weights around 160-260 kg. Its ranges are in small protected areas in India, Nepal, Bhutan, Bangladesh, and western forest of Myanmar.

The largest tiger subspecies and also making them the biggest cats in the world with a weight of approximately 170-300 kg. They have pale coats with brownish stripes. Their fur grows very long and shaggy in winter to survive in the snowy landscape of Far East Russia. They may also be found in Northeast China and North Korea.

The medium sized tiger weighs around 120-150 kg. Their distinguishing features are shorter, broader, and less numerous stripes than other subspecies. The species is now the most endangered in the world with no more reports of tigers found in the wild. Most of them are adopted in Chinese zoos. Its ranges are in central and eastern China.

The smallest tiger subspecies with a weight of around 90-120 kg. They have dark, reddish-brown coats with broad black stripes. And are only found in Sumatra, Indonesia.

From basic principles of animals energetic that tiger's prey must be over 20 kg. Density of prey species influence tiger densities in several ways. As prey density declines, breeding female ranges become larger, dramatically reducing the number of such females that an area can support. High prey densities appear to permit the area to support higher number of transient animals (Karanth and Nichols 1998, 2000). Because cub and juvenile survival rates are higher when prey availability is higher, the numbers of tiger in these two demographic stages are also higher. While other habitat-related or managerial factors also influence tiger density at a given site, prey abundance appears to be the primary ecological determinant in most places (Karanth and Nichols 2002). Principal prey species indicates dynamic tiger abundance. In India, a study about feeding ecology of tigers reveals that, in one year, a tiger requires prey weighing an average of 3,000 kg which is approximately 50 adult spotted deer. This implies that to expect the reproduction of 50 chital, we have to reserve the existing amount of at least 500 spotted deer. Effective tiger survey methods; population count on sighting, detecting signs, etc., influence the effective result of tiger abundance. At the same time, the high abundance of tiger population can be an effective, reliable site study on the relation between tigers and their prey species as well.

Relationship between tigers and prey

A research on tiger’s prey species in Huai Kha Khaeng Wildlife Sanctuary reveals that the main preys are ungulates such as; bantengs, sambar, muntjac, gaur and wild pig. And most of them are adults (Simcharoen, 2000). Whereas, some of them are also the prey species of leopard, the leopard prefer juvenile or subadult (Simcharoen, 2003). From the hunting behavior study found that tigers mostly grab and bite their prey on neck until it die. To bite on neck keeps them safe from the prey’s antlers and hooves (Karanth, 1995). After the prey died, the tiger will drag to eat at a safe place. Normally, tiger hunts large prey. The experienced adult tiger hunts carefully and in the case may cause the least injury (Schaller, 1976). A tiger requires about 54 ungulates each year. Tiger feeds around 18 - 40 kg in each time, starts from hip of the prey. Without interruption, it will take 3 - 6 days to finish (Sunquist, 1981). In India, it is reported that a single female hunts every 8 - 8.5 days. As Schaller (1967) had studied and monitored tigers’ behavior in the wild, he found that from the 12 times of their attempt, only one is successful.

NAIROBI, Kenya -- The world's last male northern white rhino, Sudan, has died after "age-related complications," researchers announced Tuesday, saying he "stole the heart of many with his dignity and strength." A statement from the Ol Pejeta Conservancy in Kenya and the Dvůr Králové Zoo said the 45-year-old rhino was euthanized on Monday after his condition "worsened significantly" and he was no longer able to stand. His muscles and bones had degenerated and his skin had extensive wounds.

The white rhino had been part of an ambitious effort to save the subspecies from extinction with the help of the two surviving females. His death won't have an impact on the efforts to save the subspecies, as the focus turns to in vitro fertilization techniques using stored semen from other dead rhinos and eggs extracted from the two remaining females.

"He was a great ambassador for his species and will be remembered for the work he did to raise awareness globally of the plight facing not only rhinos, but also the many thousands of other species facing extinction as a result of unsustainable human activity," said the conservancy's CEO, Richard Vigne.

Sudan was something of a celebrity, attracting thousands of visitors. Last year, he was listed as "The Most Eligible Bachelor in the World" on the Tinder dating app in a fundraising effort.